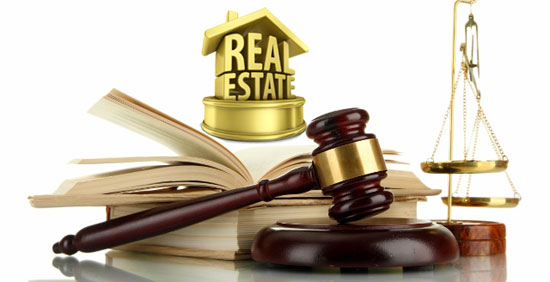 Home buyers in Gurgaon have raised objections to the present draft of the Haryana real estate regulatory authority (HRERA) bill. Their biggest objection is that it does not cover privately licensed colonies set up in the 1980s and projects that have been completed but have not got completion certificates.

The buyers want the state government to keep the provisions of the Centre’s Real Estate Regulatory Act so that privately licensed colonies since the 1980s in Gurgaon fall under its purview.

According to the buyers, the Haryana government should not differentiate between buyers on the basis of those who have got possession and those who haven’t as that would provide an easy excuse to keep developers out of the purview of the real estate regulatory authority.

“We were expecting that under RERA, all home buyers of private colonies — old, new and upcoming projects — would be treated equally. Unfortunately, this did not happen,” said DC Yadav, a resident of Mayfield Gardens.

There are many homebuyers whose projects have been delayed and they haven’t got possession despite waiting for years. On the other hand, those who have got possession have complained of inadequate civic amenities provided by their developers.

The Centre has clearly defined the kind of projects to be covered under RERA. The Act came into force in 13 states across the country from May 1, 2017, but Haryana was not one of them.

“The Haryana government has extended the deadline for developers to apply for occupancy certificate (OC) and completion certificate (CC) till July 31, to exclude them from RERA,” said Gaurav Prakash, member, Federation of apartment owners’ Association (AOA), Gurgaon.

“This will defeat the very purpose of the Act. It means that three to four lakh residents of private colonies cannot file complaints against these developers before the RERA tribunal. Only a handful of new projects that cannot obtain OC/CC till July 31 will fall under RERA purview,” he added.

However, Navin Raheja, managing director, Raheja Developers, said, “The provision of imprisonment and escrow account are not going to help resolve issues in the future.”

“The government should instead include stakeholders such as developers, buyers, bankers and the authority for the RERA tribunal,” Raheja added.

According to an ICRA note, the impact of GST on both the key sectors of the economy is largely expected to be neutral.

The much-awaited Goods and Services Tax (GST) rates have been finalized for various sectors including the Construction and Real Estate. According to an ICRA note, the impact of GST on both the key sectors of the economy is largely expected to be neutral.

The composite supply of works contract in this sector will fall under the 18% GST rate with full input tax credit (ITC). The GST rate may seem higher than the current tax rates as a majority of construction contracts fall under the nature of work contracts (which is overlapping between a supply of services and supply of goods), and a combination of service tax and Value Added Tax (VAT) is applicable. The service tax applicable for construction companies is generally ~6% (assuming 40% services portion of the contract). However, many construction activities (like a construction of roads, dams, irrigation) are under service tax exemption list and do not have to pay service tax. The VAT payable varies across states ranging from 1-15% and is applicable to the supply of goods portion of the contract. Thus, the effective tax incidence for an average construction contract in the pre-GST era is typically in the range of 11-18%, which is lower in comparison to the announced GST rate of 18%. The difference is more pronounced for the construction services which fall under the service tax exemption category.

On the flip side for some infrastructure projects that are currently under implementation, the proposed GST rates could raise costs, if there is insufficiently built-in contingency factor and limited scope for contract renegotiation. However, the higher GST rates should get neutralized if the benefit of higher ITC is taken into consideration. For operational toll road projects, the impact would be only to the extent of operations and maintenance related activities as the toll charges on road/bridge projects have been exempted thereby providing some relief.

Overall, in ICRA’s view, GST will lead to better transparency, simplification of indirect taxation, and availability of ITC for the sector which would outweigh any short-term adverse impact.

Under GST, a sale of under-construction real estate properties would be classified as a supply of services and would be liable for payment of GST. However, a sale of completed real estate properties and land are exempted. There would be no change in stamp duty and registration charges on the aforementioned three categories of real estate sale transactions, the GST regime would not subsume stamp duty and registration charges. However, the service tax and value-added tax (VAT) charges, currently payable on sale of under-construction properties, would be subsumed by the GST.

According to an ICRA note, GST rate will be 12% for construction of buildings intended for sale to a buyer, where the value of land is included in the sale value. In case the land and construction values are explicitly identified through separate agreements, the GST rate applicable is expected to be 18%

on the construction agreement value. Full ITC would be available for the various goods and services utilised in the construction, though any overflow of ITC beyond the output GST liability will not be refunded.

Says Mr. Jain, ICRA, “The GST rates are higher than the current tax rates (VAT + service tax) in most states. This will increase the net effective tax rate under GST.  However, the impact on the all-in cost paid by the buyer (inclusive of GST) will be mitigated by the better availability of ITC on developer incurred costs.” Currently, certain indirect taxes paid by the developer, like excise duty and CST on materials used for construction, cannot be taken as input credit. Under the GST regime, these can be utilized against output GST liability, which can lower the project cost. Thus, the higher GST rates should get neutralized if the developers pass on the benefit of higher ITC available to them.

However, the impact of GST can vary from state to state due to divergences in current tax structures, Moreover, the potential savings in the project cost can also vary according to cost structure inherent to each project.